The Downers Grove Sanitary District is proud to announce that it is celebrating its 100 year anniversary this year. The District was organized on May 16, 1921 as provided by the State of Illinois Sanitary District Act of 1917 to preserve public health, comfort and convenience.

The District’s original treatment plant in 1932. 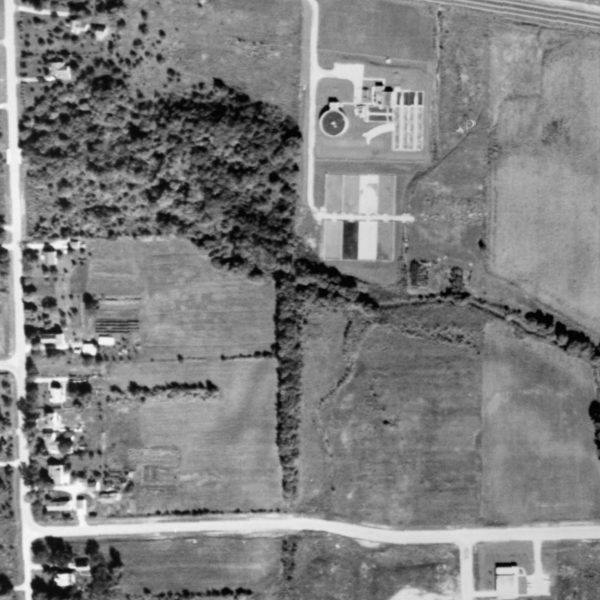 This aerial photo taken in 1957 shows the plant as constructed at the District’s current property.

As the District continued to grow, a new treatment plant was constructed in the mid-1950s at our current property on Walnut Avenue, just south of the Burlington Northern Santa Fe railroad tracks. After the first expansion of the Walnut Avenue plant was completed in the mid-1960s, the District decommissioned the 1922 plant. The Wastewater Treatment Center (WWTC) on Walnut Avenue underwent several major expansions and treatment upgrades in the 1970s, 1980s and 1990s. The WWTC can currently treat 11.0 MGD average flow and up to 110 MGD during excess flow (storm) events.

Today the District serves approximately 65,000 people which includes residential, commercial, industrial, and institutional customers in the Village of Downers Grove, part of the Village of Westmont, and portions of Woodridge, Lisle, Darien, Oak Brook and Lombard. We collect wastewater by way of the approximately 1.3 million feet (245 miles) of sanitary sewers that we own, operate and maintain. We also own, operate and maintain nine wastewater lift stations located throughout our service area. 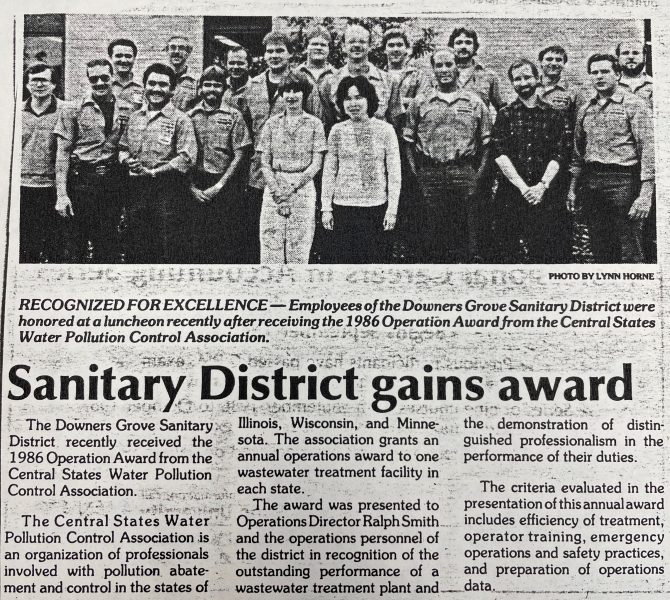 An article from the May 30, 1986 edition of the Downers Grove Reporter.

While the District has grown significantly since we were established, our goals have remained the same – providing quality wastewater collection and treatment services to our customers in a transparent and responsible manner while protecting the environment.